Would you agree with me that there are, broadly speaking, two different ways of looking at our relationship with Nature?

The modern scientific approach sees Nature as something ‘out there’ that we need to understand, measure, modify, make use of, and maybe even ‘conquer’. 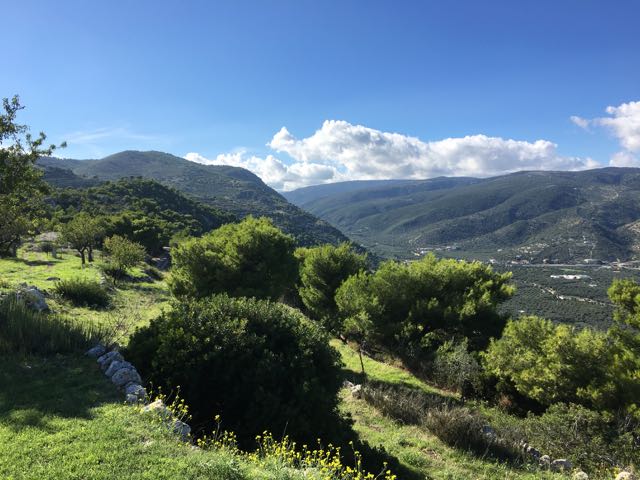 Traditional cultures on the other hand tend to see Nature rather more as something we should strive to ‘live in tune with’, to honour and learn from: a benefic force. And they point out that when we stray from the path of Nature, it results in illness, suffering, and damage to our planet.

This ‘holistic’ view of Nature allows many ideas and practical applications to fall out: It informs our view of healthcare, the value of yoga and meditation, etc, and also our relationship with the environment, with special emphasis on the plant kingdom.

We start to see plants as potential allies in our growth and development.

We sense their balancing effect, understanding that the fact that a plant grows in a particular area is not a random accident, but it may have some special role to play in the dynamics and evolution of that particular environment.

We can extend this idea to include time. Plants become available to us when they are needed.

The New Generation of Essential Oils

About eight years ago a new ‘generation’ of essential oils became available. They rejoice in names such as Ahibero, Katafray, Cape May, Iary, Kunzea, Palo Santo …

Just after we received our first samples, a lady came to visit and she immediately latched on to their significance and became very interested in them. She was one of those deep, ‘seeing’ people with generous soft energy and exceptional clarity. ‘The time for these oils has not yet come’, she said, ‘but it will come in the next few years. And they are in good hands’.

I was reminded of what she had said when Lydia Bosson spoke about these oils at the Oshadhi conferences at the end of October. One thing Lydia mentioned was how many support the pancreas. Now according to Traditional Chinese Medicine, the pancreas is the seat of ‘thinking’, and imbalance in this area leads to restlessness, anxiety, overthinking and worry. One could say this is the ‘disease’ of the modern era.

Think about it: it is not that long ago that the normal means of communication (especially overseas) was by posting a letter. Do you remember that? One would write it out by hand, fold it carefully, and put it in an envelope. Then it would be stamped, and put in the post box. Maybe in a couple of weeks we would begin to wonder if we could expect a reply. Now with instant messaging we start to get excited because we can see that someone has read our message … It has already been a minute, and they haven’t replied yet. What’s going on?

Our lives have become intense, putting a strain on the pancreas, the seat of thinking. It turns out that pancreatic cancer is one of the fastest growing cancers, and the only one where both the incidence and death rate are increasing. Coincidence?

I’ll be writing more about these extraordinary oils in forthcoming newsletters.