Helichrysum Essential Oil (Helichrysum italicum – also known as Helichrysum angustifolium, Immortelle and Everlasting), is one of the most under-rated oils in aromatherapy. We get so much positive feedback from therapists who try this oil, but despite being very safe, it is rarely found as part of the core list of essential oils taught in aromatherapy training. 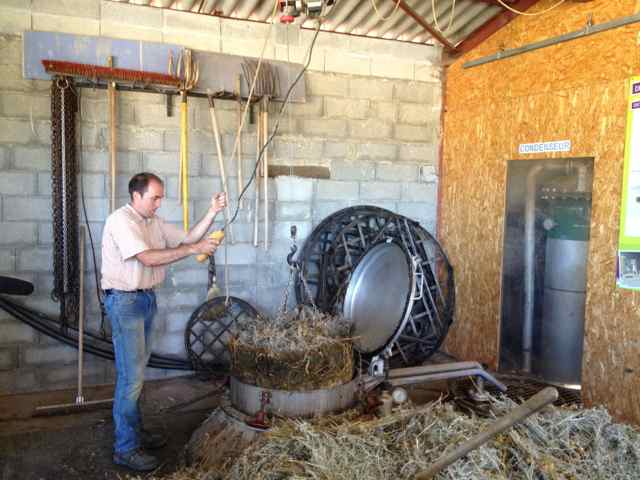 Helichrysum plant material being removed from the still

My friend Malte who founded Oshadhi, believes that in aromatherapy there is nothing comparable to Helichrysum and he considers this precious and rare oil to be without doubt the strongest anti-congestive agent so far found in nature. It is particularly effective in cases of bruising and according to medical research, its anti-congestive property is four times that of arnica oil. It can also be a helpful healing agent for skin problems and injuries.

Helichrysum has sedating properties so it blends well with Lavender and Petitgrain to soothe tension. It is often used to combat low energy and raise the spirits. From a spiritual perspective Helichrysum works just as it does on the physical body, removing pyscho-spiritual blocks and allowing the subtle energies of the body to flow. A balm for bruises of the soul.

One of the most popular uses for Helichrysum is in acupuncture, to heal the skin where a blood vessel has burst. One practitioner described its effect as “miraculous”.

I have successfully used Helichrysum neat on the skin for sebaceous cysts.